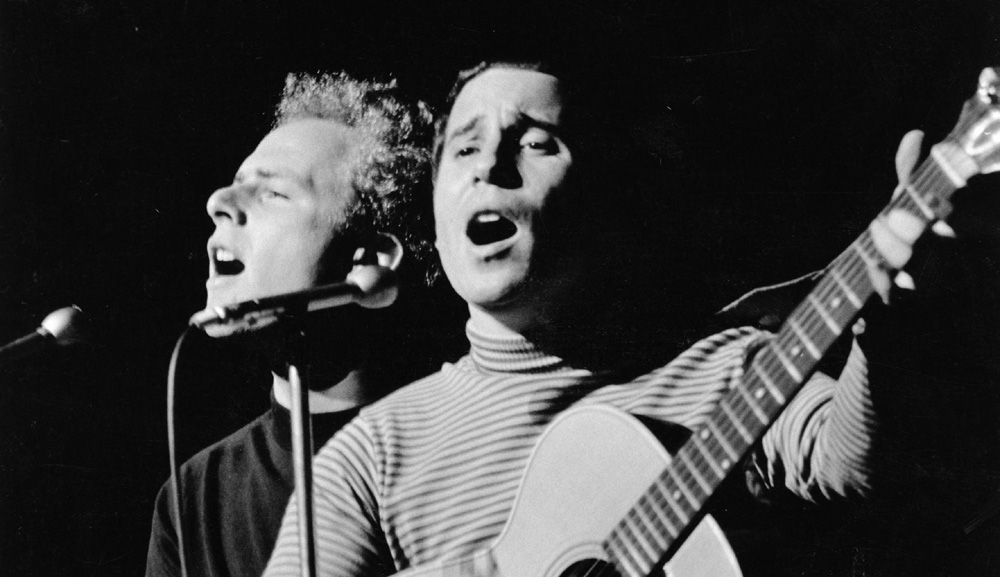 The Sound of Silence was Simon and Garfunkel’s first major hit. Looking at the development of their talents that were fused together through two-part harmony executing extraordinary lyrics brings the early 1960’s into focus. The tri-wheel chart features Paul Simon in the center wheel, Art Garfunkel in the middle, with Simon’s Progressions in the outer ring. Since Simon was the composer of the two, he has the honors of being the center focus with Artie’s (as Paul calls him) planets compared to his.

With natal to natal comparisons, and their birthdays a month apart, the slow moving planets from Jupiter to Pluto are virtually in the same positions. They are seen as a generational factor and so of lesser importance in a comparison. The major activity can be seen in Simon’s faster moving Progressions to Garfunkel’s natal wheel.

The planetary connections between the two talented musicians are shown through the planets of efficiency; Mars, Venus and Mercury in Progressions from Simon to Garfunkel.

The early 1960’s was the real start of their careers, although they had teamed up previously as Tom and Jerry in the 1950’s. The very slow but ever-incre 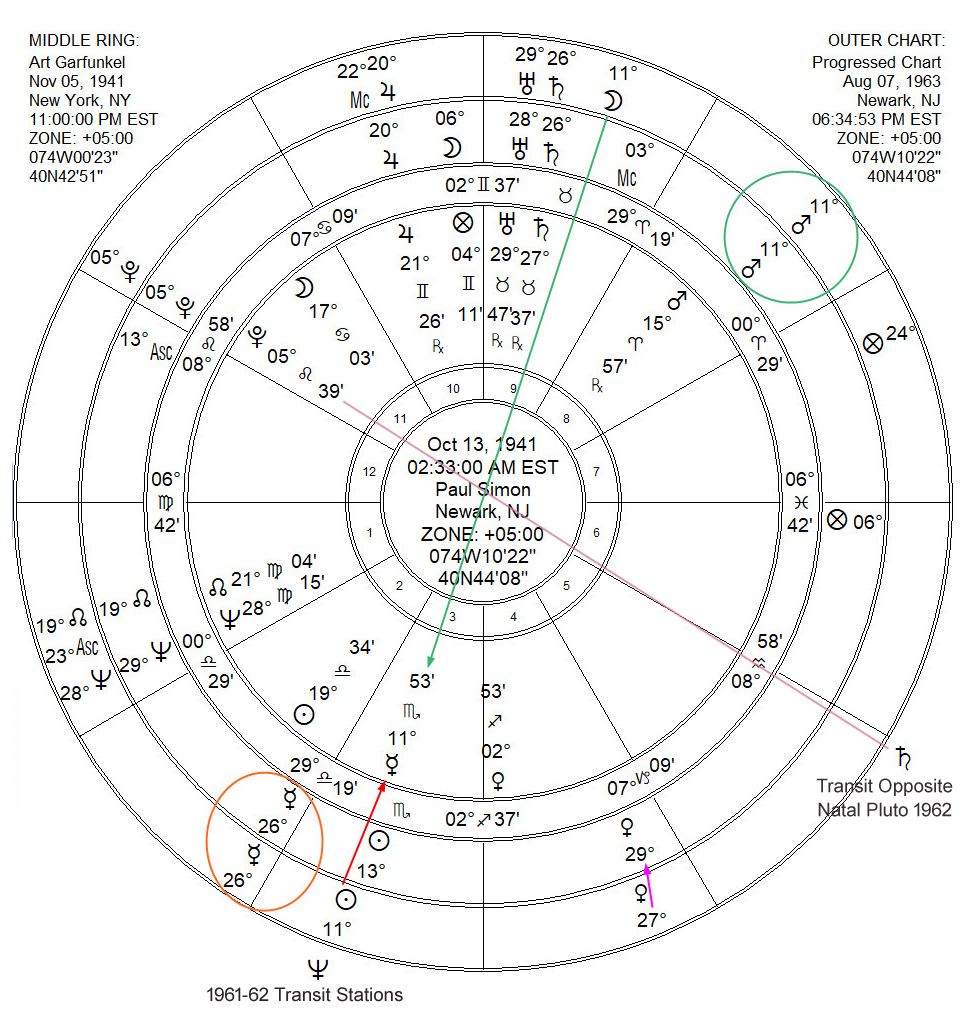 asing development and success of The Sound of Silence, written by Simon in 1961 was the cornerstone of what became the partnership under their real names as Simon and Garfunkel.  The success of those early years as a duo is dramatically seen by Simon’s 1963 Progressed Sun, Mercury, Venus and Mars in Conjunction with Garfunkel’s same but natal planets. Progressed Venus is the only Progressed Conjunction that has to travel a bit to become exact, and in this case, gives longevity to the popularity of their talents. Simon’s Progressed Moon as well makes an exact aspect with Garfunkel’s Mercury in 1963, who became the prominent and elegant voice of the two. Simon’s natal Mercury was pleasantly sandwiched between his own Progressed Sun and Moon, giving the 9th house of notoriety a chance to fulfill itself. It should be noted as well, that Simon was in the midst of the 1963, Full Moon Progressed Lunation, in the 3rd to 9th houses – this being a very significant sign for success and fame.

The Transits too play a part in the picture of how these men made an impact on their generation and generations to come. There was the always profound indication of a Station Conjunction of an outer planet to both natal charts. Neptune’s Transit last several years passing Direct and Retrograde and Stationing to add emphasis to the Transit. It did so in the early 1960’s with many passes to Garfunkel’s natal Sun and to Simon’s natal Mercury.

Saturn also made an impact on both natal charts with an 1962 Opposition to powerful Pluto at 6 degrees Leo in both charts. The creative sign of Leo is that which brought numerous talented youth to prominence in the Hippie Generation. There were several passes and Stations to Pluto’s position, making it one more testimonial to the calculated rise in importance of the artful partnership that has become an icon in American history.

Although their inspirational words and sounds soar high above the usual fare required for induction into the Rock and Roll Hall of Fame, Simon and Garfunkel’s striking astrological configurations shown here, are destiny’s way of saying a work well done with the help of cosmic influences.

For more information on Simon and Garfunkel history: Hall of Fame Inductees