My first lessons in astrology took place in a little book shop in Morro Bay, California in 1974. I was attending evening classes learning the basics along with twelve other eager students. It was during this time that I discovered that I had an innate skill for chart analysis – it was easy for me, and I took to it like a fish to water. I started reading my friends’ horoscopes and found that I had a photographic memory for any chart with which I took an interest. To this day I can remember the positions of the planets in one of the first charts I ever read. That was in 1974 and I don’t think I spent more than a half hour looking at the chart. 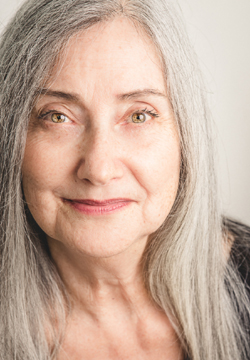 I read numerous traditional books on astrology and interpreted chart after chart put before me. Then one day a friend of mine asked me if I wanted to meet a professional astrologer friend of his who was visiting for a few days in Atascadero, California. I said yes of course, and we were introduced. The astrologer’s name was Daniel Donnelly, and he was quite skilled in the techniques developed by master astrologer Dr. Marc Edmund Jones. In our meeting Daniel listened to how I read a chart and when finished he said that I would make an astrologer par excel lance if only I would learn and use the advanced techniques of Dr. Jones.

Also in our meeting I asked a Horary question: “Should I stay in Morro Bay where I had been living for so many years, or move on to another location?” Daniel set up a chart for that moment and explained that the chart’s answer pointed to moving on to another place as the best choice of the two possibilities.

Since Daniel knew I was interested in travel, he invited me to visit him and attend his astrology class in Berkeley, California. I did travel shortly after that meeting, as the Horary chart indicated, and finally arrived in Berkeley after a number of other stops along the way. I attended one of Daniel’s astrology classes and during that first evening the group of about ten students asked me to read their horoscopes. The class had been going on for about a year, where primarily the students were learning interpretive techniques, but not how to apply them to an actual chart reading. They needed to bridge the gap between their technical knowledge and the application of it, and they realized that I was the person who could assist in that regard. They asked me to visit the class again to help them learn my approach. In exchange, they acquainted me with the techniques that they had learned from Daniel during the past year. It wasn’t long before I incorporated the advanced techniques into my daily practice.

After some years of study and teaching, I traveled and spent several winter seasons in New York City as a professional astrologer. I also traveled to Europe, and while living in Austria I was asked to lecture for the Esoteric Club of the United Nations in Vienna. I spoke on the subjects of individual destiny, the Total Solar Eclipse of 1998 and its effects on Europe, and finally, the future of the United Nations.

I continue to this day to enjoy reading horoscopes for individuals and groups who look to astrology for guidance as revealed through a study of the planetary dynamics of their horoscopes and the charts of individuals and groups with whom they are involved. At times, a problem or crisis presents itself that requires our full attention. In that regard, understanding that Transits and Progressions are the timed catalysts of these serious issues, a deeper meaning and acceptance can enter into the experience. As a professional, I refrain from offering my opinions for a course of action based on my own method of decision making. My purpose is to glean what I can from the horoscope of the client that can point the way to their specific abilities and astrological options. Advice should be referenced to the horoscope’s configurations, using the techniques of Marc Edmund Jones and other authors, as well as from experienced astrologers with a deep understanding of the mechanics of horoscopy.

I claim no affiliation with Jones’ Sabian Society or other astrological organizations nor any particular belief system. I base my advice and communication within the time-span of a reading on what the immediate situation calls forth from the all-pervading and intelligent, morphogenetic field* in which we are all immersed. I attempt to keep the welfare of the client uppermost in mind, with the intent to fulfill any needs through the ultimate direction of the Light and guidance of their own conscious self-awareness.

The mysterious nature of the universe is unveiled through an examination of the solar system as a dynamic unit in direct relationship to life on Earth. The planetary cycles at the time of our birth are destined by our developing lives, and through observation of those relationships we are bought to a higher understanding of life and a deeper appreciation for the cosmos itself.

“Sarah Kalvin has been my spiritual guide since 1982. We met at a time when I needed more understanding about the meaning of life and my purpose in the world. She was always there for me in a patient, loving and understanding way. Her profound insight in the field of astrology opened up a new and amazing world for me.”

*Morphogenetic Field was a term used by Rupert Sheldrake to explain an all-pervasive electrical energy-field that supports the travel of information from a seemingly remote source to another seemingly distant receptor. This field accounts for the electrical impulses of the solar system and its connection with the human mind and experience on Earth. Flocks of birds and schools of fish are examples of how information transmits instantaneously from one to another within an invisible field.