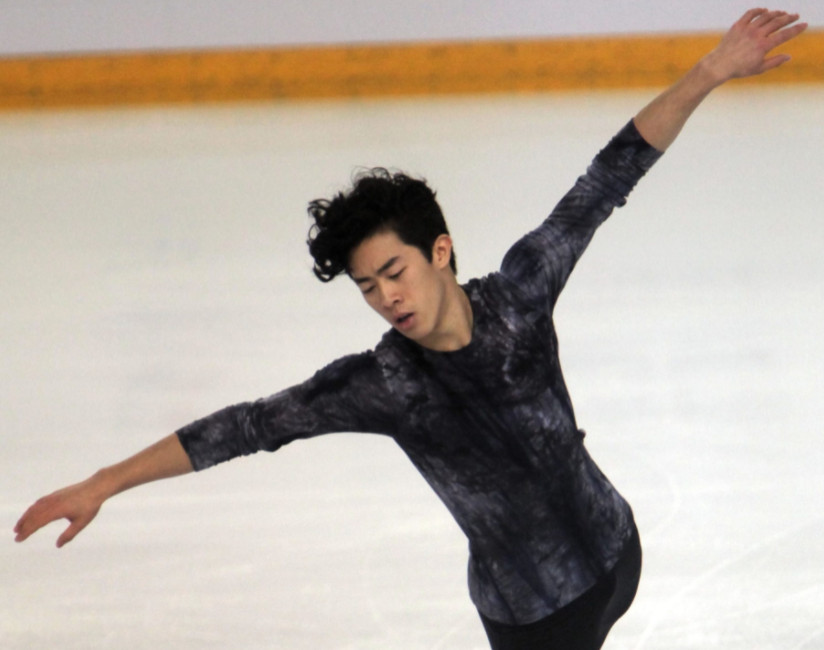 Here are the astrological indicators assisting Nathan Chen to become the world’s best figure skater. Especially interesting are the transit and progressed aspects contributing to his stellar rise in the 2022 Beijing Winter Olympics. His grace and sensitivity toward others, along with the high degree of disciple displayed by the champion are revealed astrologically through his noteworthy, natal Sun-Saturn conjunction.

Jupiter is known for its reputation for donning good fortune upon those who deserve it. Years of hard work and consistent effort can be tracked by slow-moving, progressed Jupiter as it inched its way toward its conjunction with natal Mercury in Aries, effective until late 2028. At the same time, progressed Mars is poised in opposition to Mercury’s natal position, giving power and energy to every detail of any performance whether in the Olympic challenge or in everyday activities. Progressed Mars will Station Direct within 7 minutes of arc of the mercurial planet on November 3, 2028, pointing to that particular year as pivotal in Chen’s life and career. (more about progressed stations)

During the Olympics, that stunning and complex, dynamic configuration is amplified by the progressed Moon as it leaves its two-month square with natal Uranus. Transit Saturn also figures into the picture, as it urges natal Uranus to reach beyond any limitations the native experienced in the 2018 Olympic games.

Chen’s birth chart is a Locomotive temperament, with Mars in the 1st degree of Scorpio Leading and becoming the source of the intensity of sensuality and smooth mannerisms displayed by the young man as he “dances” on ice. 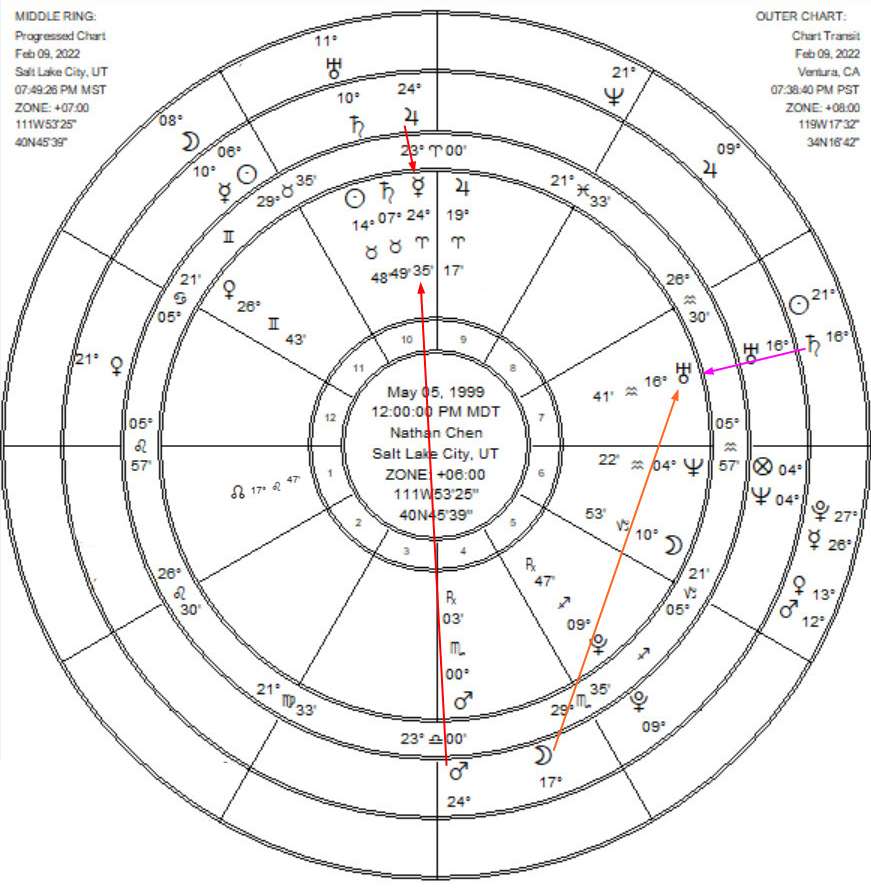 The natal Saturn-Mars opposition has its outlet in the form of a T-Cross with Neptune manifesting the ethereal aura the skater also exudes either on or off the ice. Attention needs to be paid to the upcoming and exciting aspect of transit Pluto passing over the powerful Point Focus Neptune. This easily predicts Chen’s future involvements in competitions and perhaps even performances on an entertainment level following his grand and gold achievement in 2022. Transit Pluto will hover over natal Neptune for at least four years to make skating almost a Neptunian responsibility to the public whose thirst for more should be satisfied with an encore from the King of Quads.

Other astrological events are to be expected from the progressions. The Progressed Sun will move into its opposition to natal Pluto from 2024 to 2026. This anticipated magnetic progression poses the personal self in balance with the public’s attention to assure continuing drama around the man who has made it to the top of his field so early in life.

Unfortunately, we do not have a birth time for Chen’s horoscope, so we have to lean more upon the aspect activity and sign function of the planets rather than on house circumstances. The powerful Locamovtive pattern, complete with its T-Cross fills in the gaps when relying only on planetary relationships separate from their placements around the wheel.