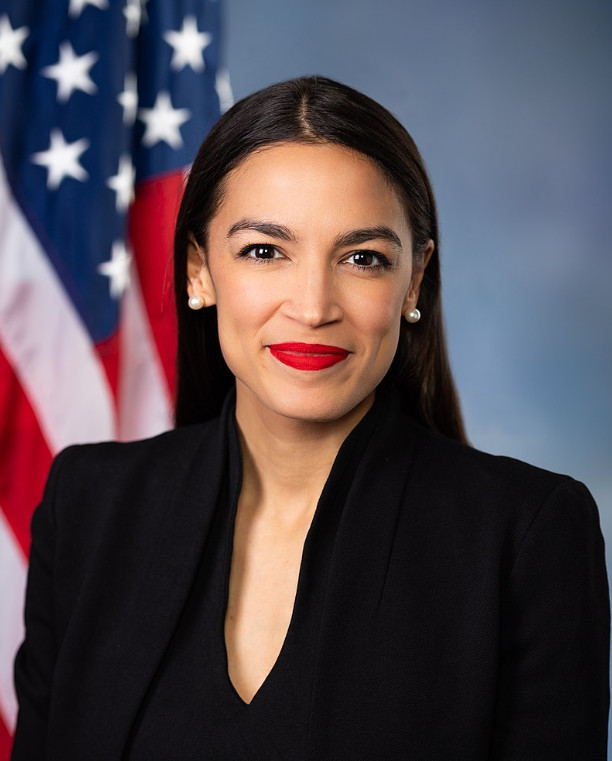 The vibrant and outspoken Alexandria Ocasio-Cortez, from the 14th district of New York, has Jupiter and Saturn in an opposition aspect in her natal chart. This is a Sharp Destiny that differs somewhat from the one defined by a square between the two significators which has been discussed in the analysis of the charts of Anthony Bourdain John McCainJupiter and Saturn in square aspect animate a heightened moral struggle that encourages the native to align their behavior in accordance with principles of right action. The same indicators in opposition aspect, as seen in the horoscope of Ocasio-Cortez, is described in the following passage found on page 124 of the Essentials of Astrological Analysis by Marc Edmund Jones:

Jupiter and Saturn in Opposition aspect indicate an ordering of life’s fundamental motives, through which the native is usually compelled to dramatize himself continually in the presence of his fellows, at least if he wishes to participate with them in any course of everyday experience. This necessity often tends to throw a given lifetime into two entirely separate periods, with the latter revealing greater depth and continuity of realization, as perhaps an unsuspected consequence of the mirroring it has given itself through some more superficial role-playing in the former. There may be either a prodigal expenditure of the self’s resources, with their ultimate recapture in a refinement of soul, or a moral vacillation that accentuates every weakness of character, and so encourages a surrender to a final and hopeless ineptitude.