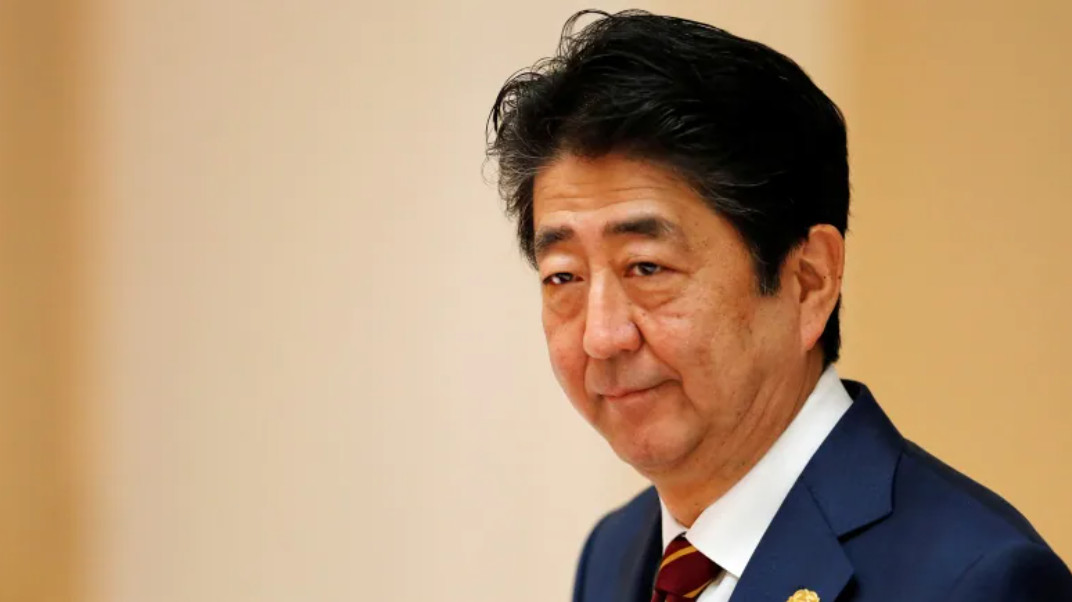 Shinzo Abe was born into a lineage of politicians. Several in the family held public office including Abe’s father, who as a youth trained to become a Kamikaze pilot. However, his hopes were short-lived when WWII ended before his training was completed. Some relatives holding office were more liberal than Abe, who was Japan’s longest-running Prime Minister and known to be a staunch conservative of the Liberal Democratic Party. 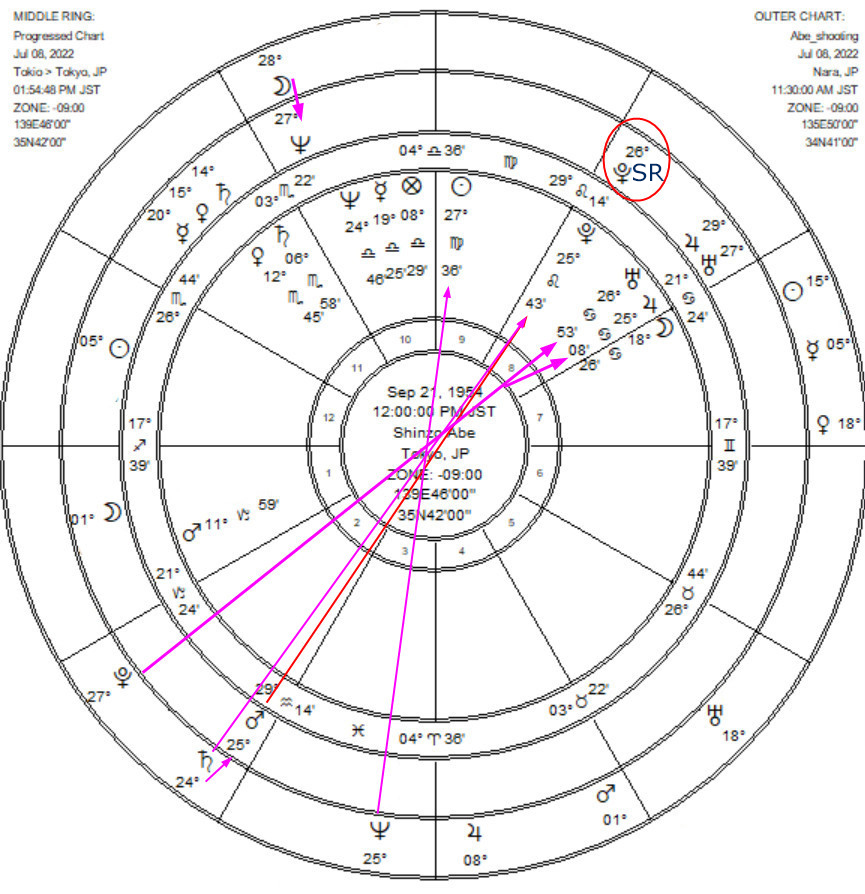 The astrological portrait of Abe’s assassination is stunning, with the usual planetary “suspects” playing prominent roles on the stage set for July 8, 2022, in Nara, Japan. Although there are so few guns and killings in Japan thanks to harsh gun laws, this one high-profile killing rocked Japan and the entire world.

A PROGRESSION AND TRANSIT IN TANDEM

Progressed Mars, with the conjunction of transit Saturn, pinpointed the potential for extreme planetary stress in Abe’s chart and life and ultimately led to violence, which in better circumstances might have expressed itself in more forgiving and commendable ways. These characteristics were missing in the mind and actions of the assassin on that fateful morning. When destiny is in the hands of those with evildoers, as it was when the 41-year-old took Abe’s life with a homemade rifle, a thorough probe into the cause of the devastating action is sparked. It is clear, that the astrological factors at the time of the shooting were foreboding on the one hand, as they were poised in unison with the mirroring yet revolting, existential drama on the other.

In terms of progressed Mars and transit Saturn, the real force at play is that their conjunction, which was forming for several years, was inching toward a threatening opposition to natal Pluto. The inauspicious alignment of Saturn steadied the aim of Mars as it directed its violent force at transformative Pluto. The transit to progression to natal configuration, developed into a highly lethal lineup of ominous planets, proving through the tragic event, that astrology does indeed take part in worldly affairs, whether for good or whether for ill.

Taking note of the fact there is no known time of birth, the natal chart is set up for 12 noon, appropriate for the planetary map of a public figure. The inner wheel of the progressed planets shows Mars at 25 Aquarius 28, within 15 minutes of its exact opposition with natal Pluto. However, the most profound astrological dynamic in the mix, adding weight to an already overwhelming force of negative energy focused on an unwary victim, was Pluto stationing in secondary progression. Pivoting to turn retrograde as Abe approached his sixty-eighth year, the station of Pluto alone was enough to create severe upheaval. With Mars and Saturn adding to that formidable factor, the astrological challenge proved beyond withstanding.

From the Scope of Astrological Prediction* by Marc Edmund Jones:

Planetary Stations are established when a planet in secondary progression appears to come to rest in the zodiac and begins to move retrograde instead of direct or vice versa. If the change is to retrograde the indication is more personal or intimate and if turning direct it is more impersonal.

The phenomenon in secondary progressions always identifies a subtle or psychological shift in the fundamental course of life such as requires a critical regrasp of experience and often proves to be an adjustment over an appreciable span of time whether marked by some single sharp event of easy identification or by a complex syndrome of changes of less obvious interrelation.

The shift in the course of life for Abe was unfortunately the termination of his life. In his case there was no need for a personal “regrasp of experience,” however, as Pluto indicates the community at large, it is the people he left behind that must pick up the pieces and go forward in their lives in an entirely new manner.

Transit Pluto seen in the outer wheel of the tri-wheel is opposite both Jupiter and Uranus, and at the same time, transit Neptune is directly opposite the natal Sun, indicating Abe himself as the target of the aspecting, diffusive planetary energy. While transit Saturn was making its conjunction with progressed Mars in opposition to Pluto, the faster-moving transiting Moon marked the decisive moment with its brief but poignant conjunction with progressed Neptune. On the morning of the grievous event, all the transits and progressions clustered in forbidding formation to define an intolerable yet predictable moment in time.

In 2020, Shinzo Abe resigned from his position as Prime Minister for the second and final time. Corresponding to that specific year was a Progressed Lunation that always indicates the end of a cycle of experience and an opening of new possibilities ahead. It was the dropping away of public life to direct the native’s attention toward the healing of a chronic disease that once again plagued his personal and everyday life. The three planets in Cancer and Sun in Virgo would naturally point to digestion as an important factor in Abe’s health. The actual date of the Progressed Lun

ation is dubious because the time of birth is unknown and with the Moon perhaps in a different degree of the zodiac than shown for noon on the date of birth, it is thus not reliable to count on to give perfect timing of lunar aspects. However, Progressed Lunations possess a wide orb allowance of months if not years on either side of the actual conjunction of the progressed Moon to Sun. The indication at the very least points to 2020 as a year bringing significant challenges and change into the native’s life.

All the planetary indicators gathered in unison to produce a shocking, tragic event that could have been noted ahead of time if there was any reason to believe that Abe in his normally peaceful homeland was in any way threatened. Astrology can anticipate future stresses and their potentials, and in this way, the extraordinary powers of celestial forces continue to fascinate the curious and probing mind of the astrologer.