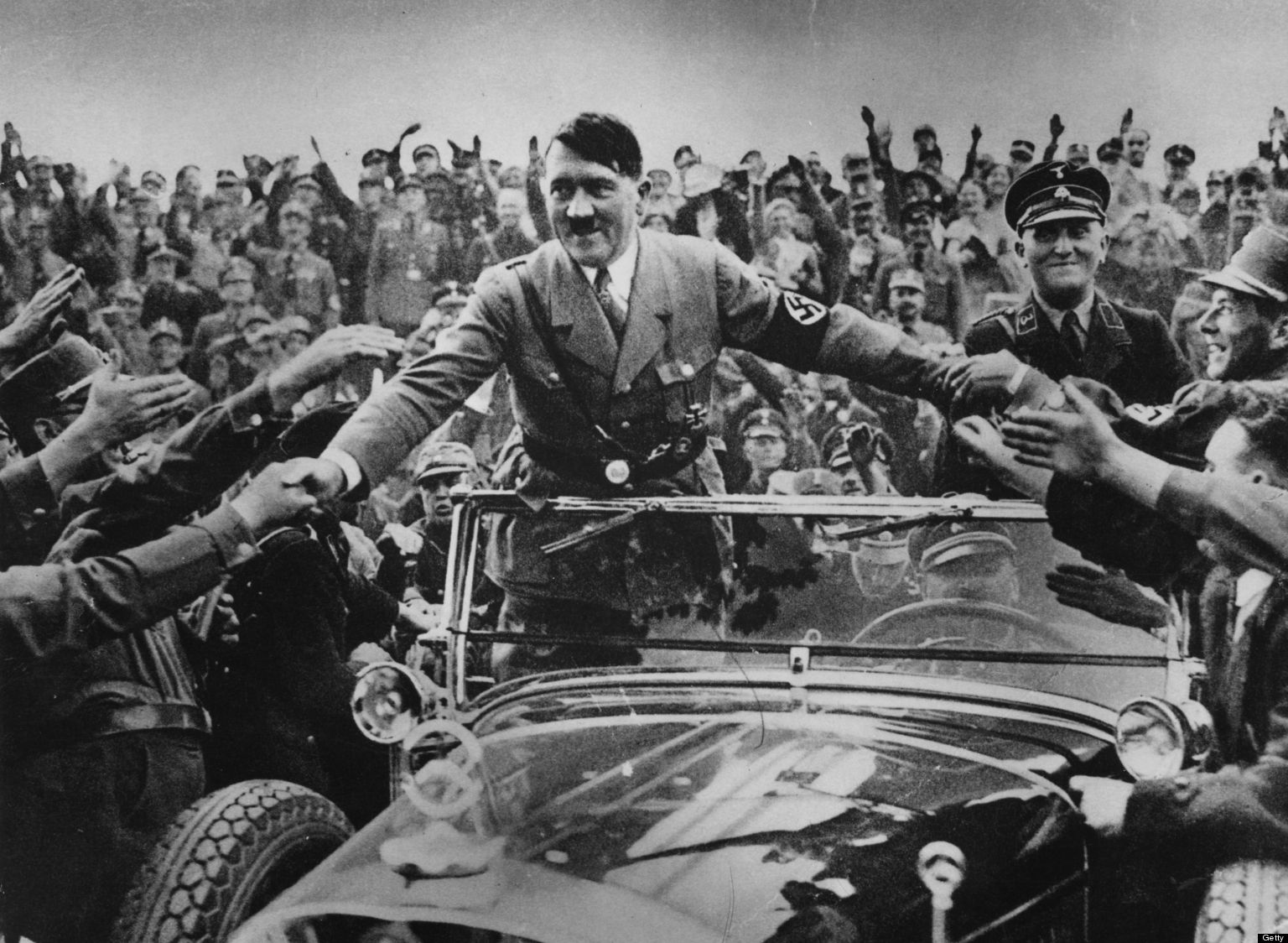 1933: Adolf Hitler becomes chancellor of Germany and is welcomed by supporters at Nuremberg. (Photo by Hulton Archive/Getty Images)

The Conjunction of Hitler’s Progressed Moon directly on the midheaven is an interesting feature of the 6:30 pm birth chart. This rectified horoscope has Natal High Focus Uranus only a few degrees from the ascendant which makes for another strong possibility for accuracy. Without an absolute certainty of the correct birth time, there can only be an assumption of possible house cusp indications. But there is a definite effectual Conjunction of Progressed Jupiter on Natal Moon at the time of appointment as Chancellor. An apparent good fortune which later turns radically negative. The Natal Moon is also receiving a helpful Trine from Progressed Venus; another graceful aspect bringing a fleeting and illusory peace and prosperity.

Quote from astrologyking.com: Wilhelm Wulff, the German astrologer who rectified Hitler’s birth time to 6:03:27 pm. In early 1923, Wulff used this chart to 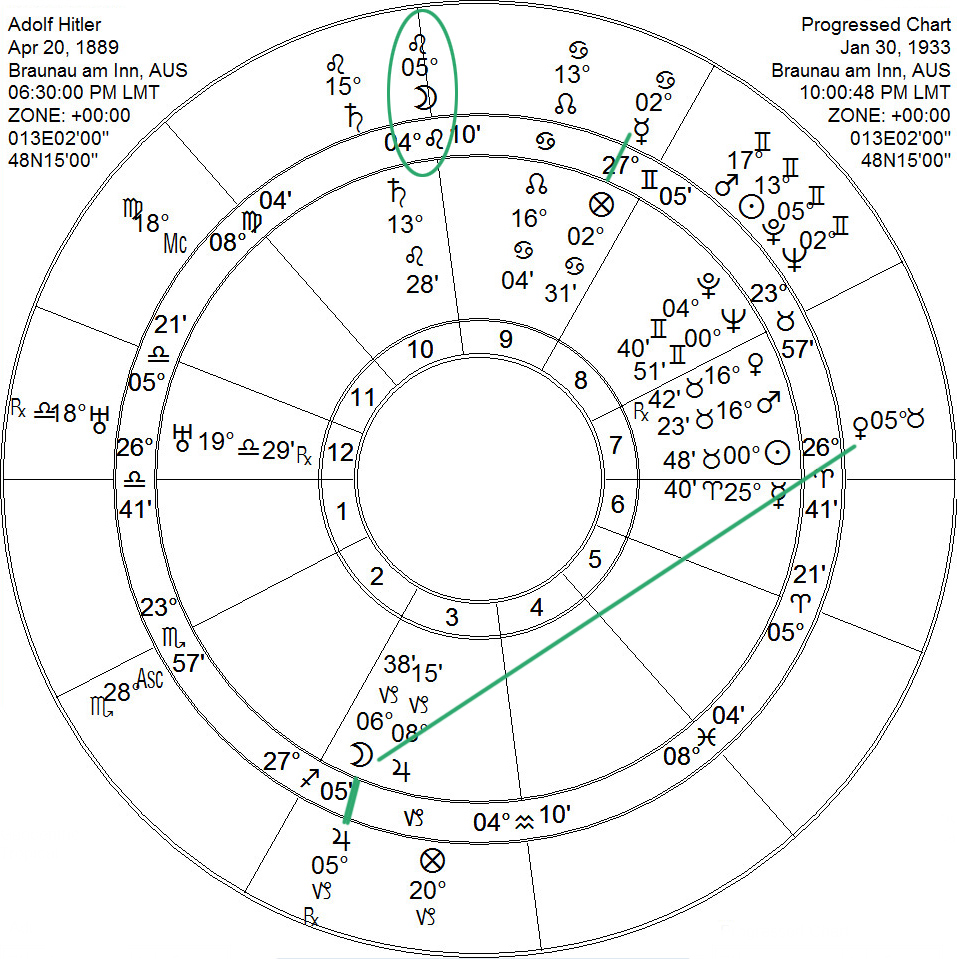 “Particularly unfavorable planetary combinations, and for the autumn of 1923 Hitler’s ascendant revealed a malefic conjunction of Saturn and Mars. For about twenty-four hours on or about November 8-9, Mars and Saturn were particularly threatening. There were indications of violence with a disastrous outcome.”