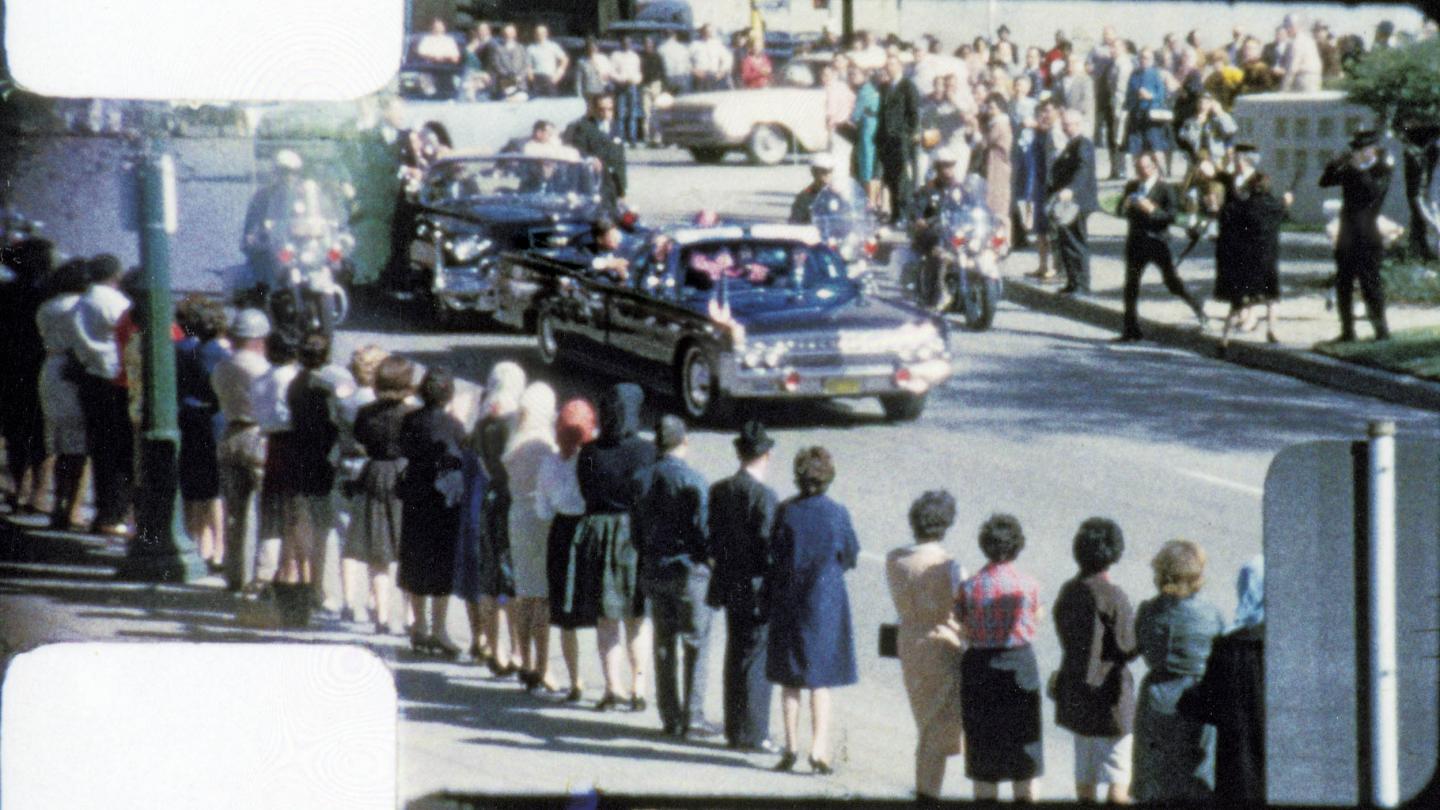 At the time of Kennedy’s death, Progressed Saturn was 5 minutes from an exact Conjunction with his Natal Neptune. This dissolves his position as leader of the free world, and Neptune spells conspiracy, intrigue, deception in regards to the cause of death. Since this takes place in the 10th house of Authority and place in life, there is a strong political component to the reasons behind the 35th president’s untimely and tragic demise. The Progressed Moon is in the last segment of its Conjunction with the Sun in the 8th house of final transformation. The effects of a Progressed Moon usually manifests an event one month before, right at the exact aspect, and finally, just as the planet leaves the aspect one month after it is in its core. Death is an 8th house Circumstance where the Progressed Moon aspect is taking place, and Saturn Progressions are of a very serious nature especially when coupled with Neptune.

The progression through the signs and houses, of a s 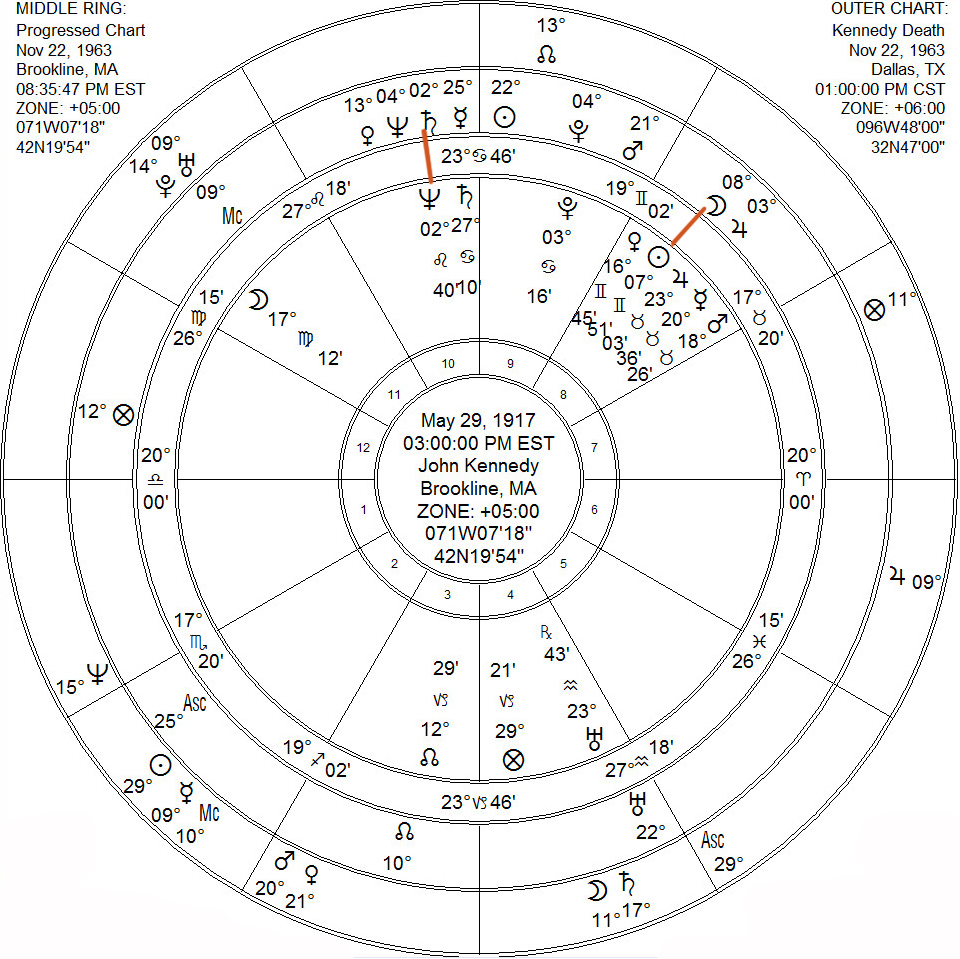 low moving planet, can allow for several “events” to be experienced by the native. Here the planet Saturn puts JFK in the White House in the first place, and then is the same indicator of his tragic fall from power. JFK desired to clean up the CIA, the covert American intelligence organization that is ruled by Neptune. The Progressed Saturn activating that point shows his naivete in regards to the CIA’s response to his actions. This Aspect could very well indicate a significant clue in the motivation of the assassination.