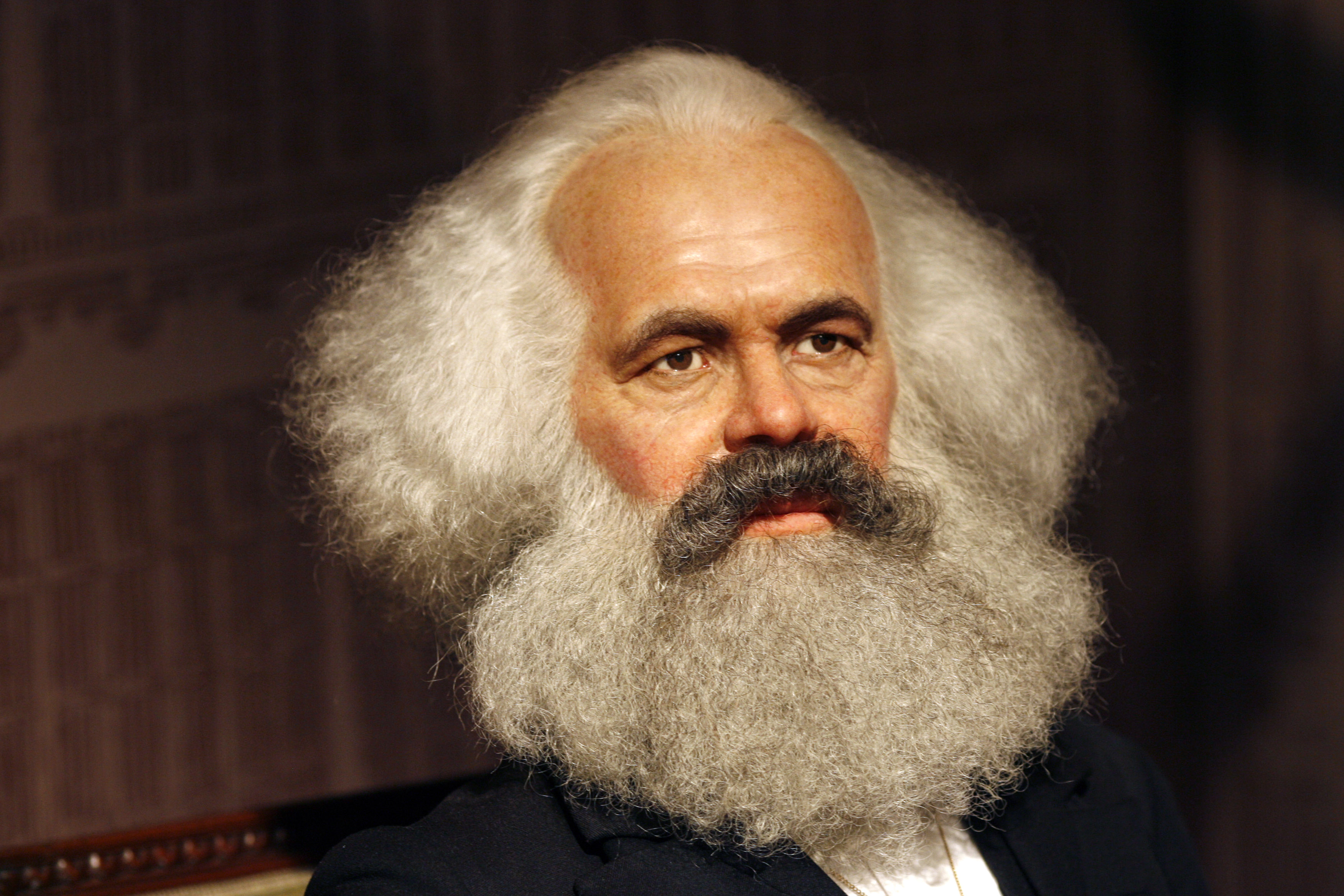 Here we see that there are major aspects that are synchronous at the date and time of Marx’s death from bronchitis. The lungs are a 3rd house matter and the Transit Moon was just passing over Mercury the ruler of the 3rd house the day when he took his last breath. Pluto was Transiting his Natal Venus indicating the end of a matter. As Pluto proceeds to Transit the 3rd house and eventually passes over Natal Mercury after death, his ideology on making life a better experience f 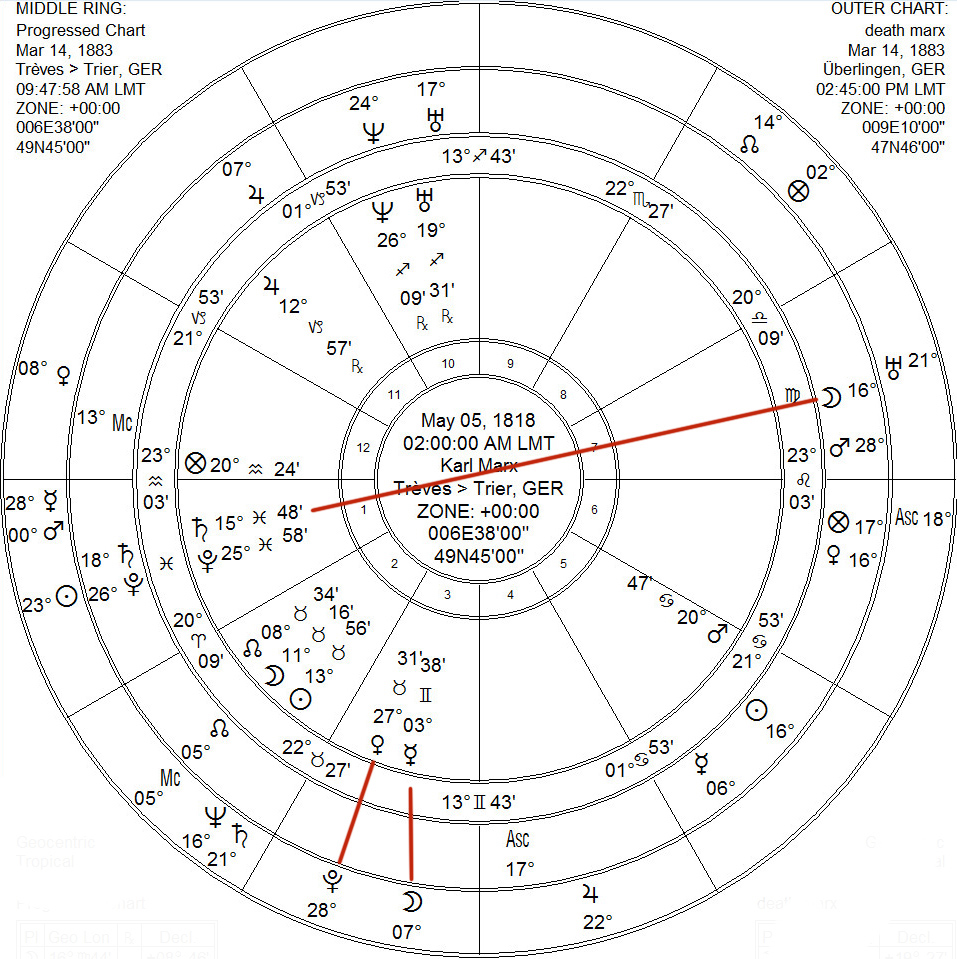 or common workers becomes popular. Transit Sun is coming to Natal Pluto at the time of his burial on March 17th.

The negative indication of his Uranus at 20 degrees Sagittarius is: Men cutting through ice; A wholly unnecessary acceptance of hardship. This is an indication of his sensitivity to the need of humanity for throwing off the shackles of wage slavery.  Natal Uranus is elevated and therefore a High Focus planet, indicating his throwing off the dictates of others and becoming the father of revolution with his publication of The Communist Manifesto.

A Natal indication of fighting the battles of inequality is seen with the High Focus Mars on the cusp of the 6th house of the common worker and stressful situations arising in the workplace.

With a Sun/Moon Conjunction in the Natal 2nd house of personal possessions, Marx’ Purpose and Feeling, and theories were sparked by his own state of economics.