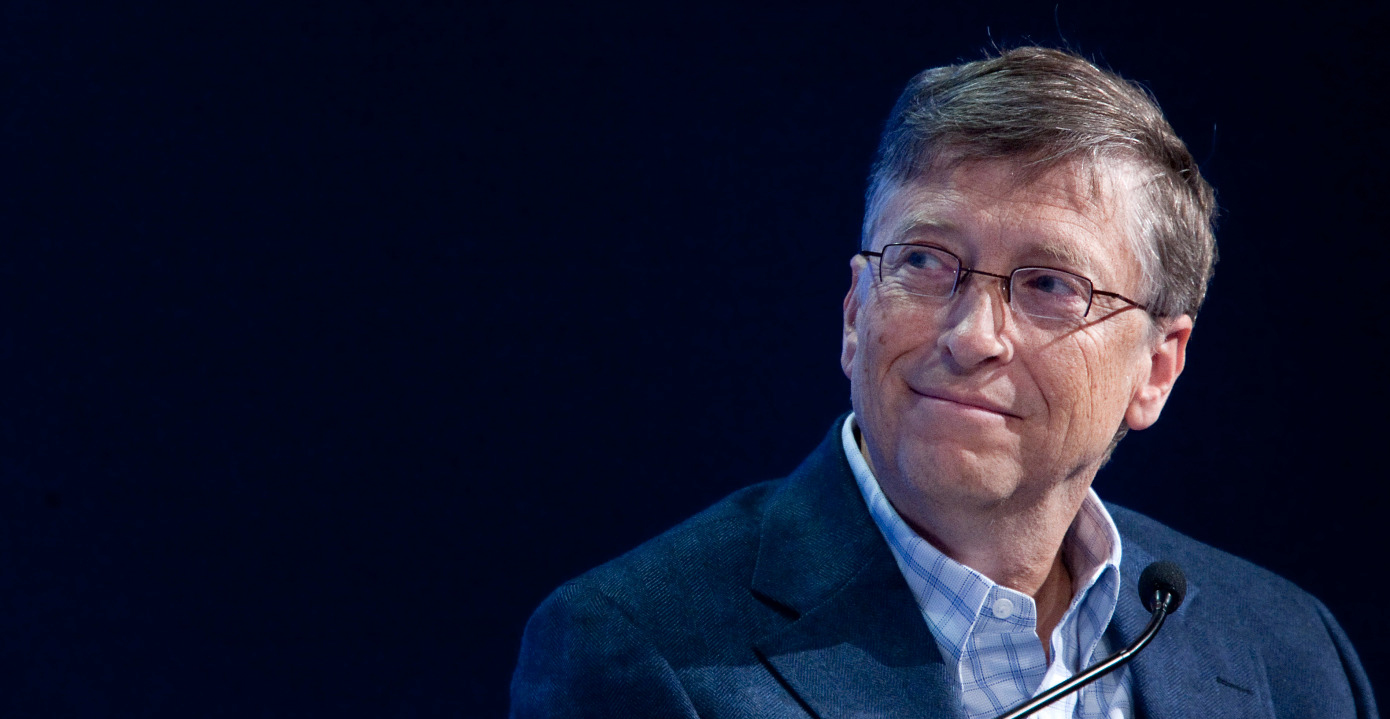 Bill Gates predicted a pandemic in 2015. How was he able to do that is anyone’s guess, however, the Sabian symbol of his Moon at 8 Aries 15 knows why.

ARIES 9 A crystal gazer This is a symbol of man’s capacity for bringing an entire universe within the purview of his mind. There are higher faculties of human understanding, but as no more than the illimitable possibilities of personal experience in the realms of potentiality. Implicit is the concept of the world and the individual as irrevocably in partnership, each reflecting the other and thereby providing a foreview of every possible mood or situation. The keyword is  ACUTENESS. When positive, the degree is consummate insight in planning the course of events or organizing them in the light of immediate convenience, and when negative, an idle curiosity and a surrender of all reality to the vagaries of the moment.

A crystal gazer sees the future, and the humanitarian work Gates is doing, puts him in a position to participate in the solution to the catastrophic position the world is experiencing with the Coronavirus pandemic.

Gates got his start with his genius in creating Microsoft. It made him a billionaire, and his Sharp Destiny aspect formed by Jupiter and Saturn in square, offered him the opportunity to live up to his highest potentials.

Progressed Mercury is coming “out of the dark” to meet the 7th house cusp where there will be more direct communication from him with others, especially in terms of interviews concerning the subje 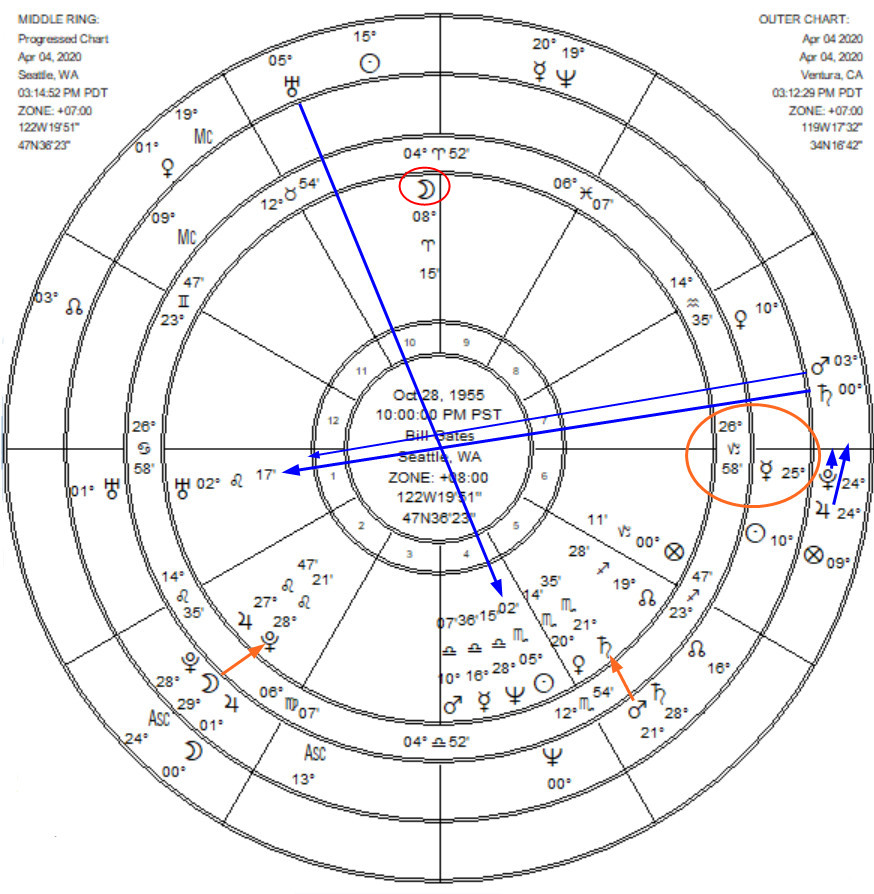 cts with which he is engaged. Simultaneously, transits Jupiter and Pluto come to the light in the same location to bring profound possibilities as well as direct challenges to his intent. There have been attacks on his character and credibility and even outright lies about his creating the Coronavirus himself and launching it out to the public.

Truth is that Gates has been working hard for decades in his own Bill and Melinda Gates Foundation, designed to help all people lead healthy, productive lives. In developing countries, it focuses on improving people’s health and giving them the chance to lift themselves out of hunger and extreme poverty. (1)

Marc Edmund Jones, in his Essentials of Astrological Analysis, defines the Sharp Destiny in square aspect as follows.

JUPITER AND SATURN IN A  SQUARE ASPECT,  indicate an ordering of life’s fundamental motives, through which the native usually suffers very immediate consequences of the least neglect or abuse of his own potentials. He finds he must fight continually for the ideals in which he has come to take the most consistent interest, and also learns that his conscious well-being is wholly dependent on the moral struggles in which he becomes involved almost inevitably at every stage of his experience. If he does not relish the days in which he seems torn to pieces in self-uncertainty, he must discover ways to tear himself apart deliberately, and in equally painful fashion, on the behalf either of some cause of real significance or some conception that he can dramatize through his own being. Personal existence under this configuration can become either great opportunity, or else a gradual disintegration of the soul in the very core of itself.

Gates has been working under this influence of the Sharp Destiny for years and has mastered not only the chance to prove himself capable of achievement but has brought the rest of the world along with him by his magnanimous contribution in the digital sphere and in the field of health worldwide.

(1) From the Foundation fact sheet.

One thought on “ASTROBITE: Bill Gates – An American Asset”