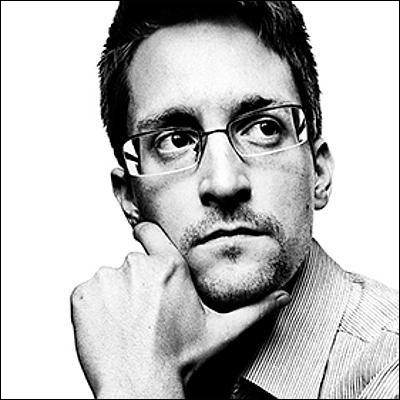 Saturn is creeping up on Snowden’s Neptune to make a Conjunction, and will be Opposite his Natal Sun in December. The red lines in the chart show these Transits and the dates of exact aspect are: Transit Conjunct Natal Saturn April 6, 2017 and December 15, 2017 respectively. This Transit is amplified in strength, because it is a Station of Saturn in April and will create a very sensitive situation in the psyche of the native. It will be a cause to go deeper into an understanding of his situation. Because this aspect occurs in the 7th house of open and direct relationships, cooperative or conflicting, it is likely that Snowden will have concerns or a serious order. Neptune is one of the planets of Significance, and so it hints that this will not be a superficial issue. Something in the relationship will tip toward the extremes of either dissolution or come to a more prominent and long lasting tie.

Since there is a Natal Opposition of Neptune with the Sun in the first house, there is likely to be a strong impact of this aspect on Snowden that will cause him to make some important decision about his future. This aspect does not have an outlet as it would if it were involved in a T-Cross, and so this becomes a face-it-directly sort of challenge. A T-Cross allows for a 3rd option and a way

to escape, so to speak, from direct conflicting views. Alternatives are not part of this configuration, so there will be no avoiding a coming-to-terms commitment with the Natal potentials of 1st to 7th direct confrontations. Whether this confrontation will be between his present day partner or a direct attack from authorities to his private and personal relative freedom, is yet to be seen. It may actually result in the forming of one or several contracts that can be positive as well as negative. It remains to be seen.

The Sabian Symbols may shine a bit more light on the issue. Neptune is in the 28th degree of Sagittarius and is: An old bridge over a beautiful stream. The original symbol may be more revealing: A splendidly built bridge, a heritage of unknown ages, still spans the beautiful and wildly primitive stream. If taken as a symbol of consciousness, it would seem that Snowden’s grasp of awareness and intelligence will be his safeguard and way to safety from any threat coming from within himself, or from without, in terms of life having control over him because of the risk he took to bring others across unrecognized and invasive probing into their lives. This done by the sinister powers that he alone believed he could admonish. 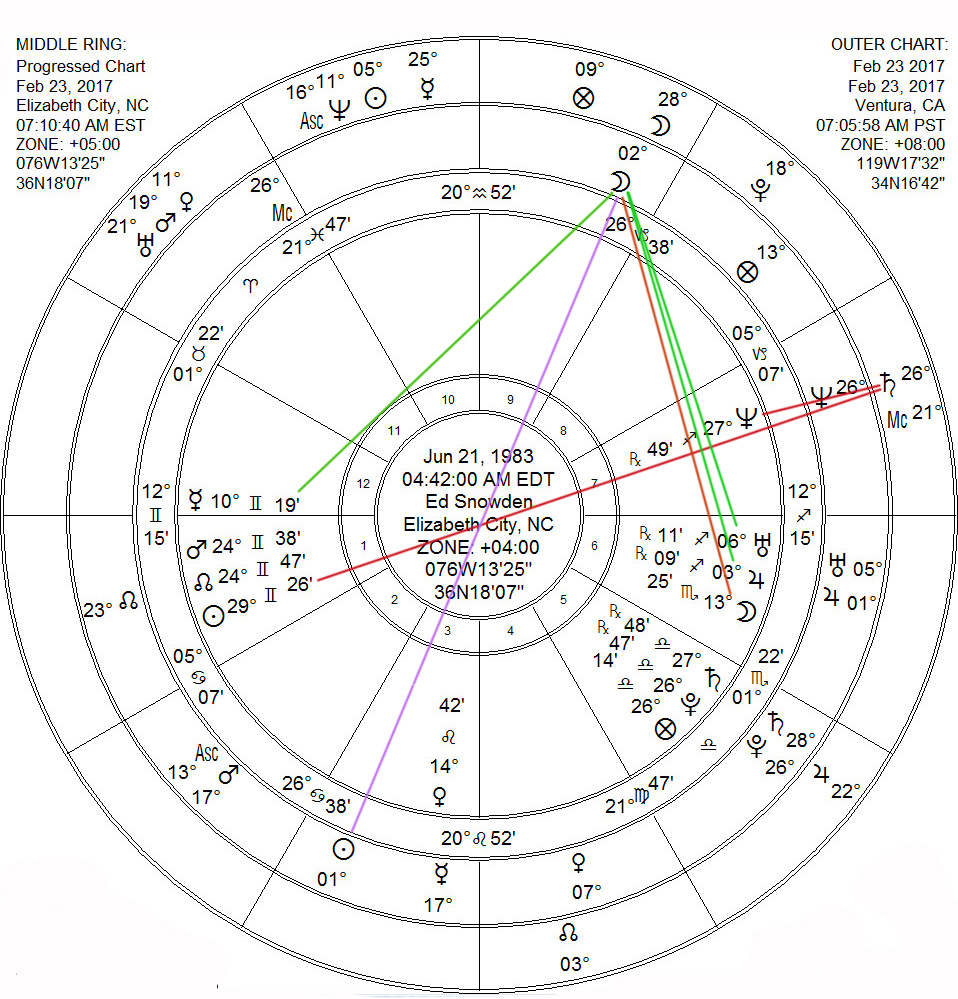 Although the Saturn Transit Station is a difficult one, it is softened by the good fortune of Progressed Moon Sextiles to Natal Jupiter and Uranus in the 6th house and a Trine to to Mercury on the Ascendant not long after. What may trip him up will be the Progressed Moon Square to Natal Moon in approximately one year. This promises a somewhat emotional turning point in his process. It is stronger indication when a planet makes an aspect with itself in Progressions, and also when it is an isolated aspect that differs from the trend that surrounds it. Before and after this profound Progressed Square are supportive and relatively easy aspects that give emphasis to the sandwiched Square aspect. Look for some particularly important event coming within a year’s time of the Progressed Moon Squaring itself.

Snowden’s Sun degree, the indicator of his Purpose in life, is in the original Sabian degree: A typical American conceit is seen; A parade of bathing beauties before the judges and crowd at a seaside resort. Snowden will be fairly judged by the assets that he brings into the awareness of the public, and perhaps more harshly by those who have positions of authority to decide what is really allowed under the law.