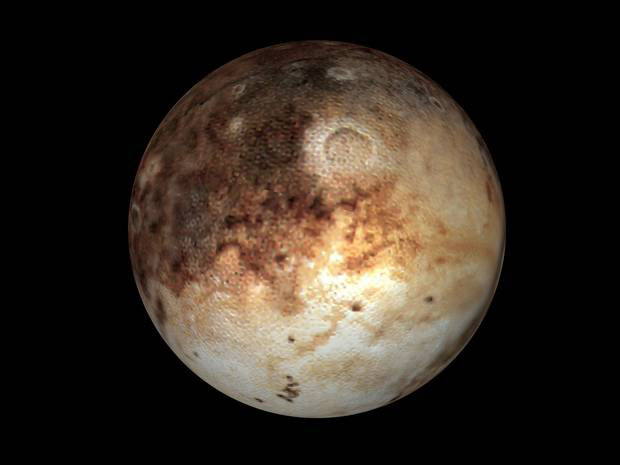 Planets are like appendages of the Sun. They are like the colors of the spectrum as light is broken into its more elementary characteristics. The Sun and planets work together as a cohesive whole. Each planet is representative of its own special vibration and frequency of intelligence. Each planet represents a unique domain of influence and it is mirrored in the bio-field of the human body. Planets are the materialized portion of the Sun’s magnetic field as it vibrates outwardly into space. They pulsate to the dictates of the Sun’s source of power and they are the visible portion of the Sun’s influence in the realm of the unseen. Planets represent the individualized attributes of living beings, and they regulate processes in the development of life on its path toward enlightenment through experiences on Earth.

Imagine the magnetic field of the Sun penetrating through the territory of its satellites reaching far out and encompassing the planet Pluto, the last of the know planets in our Solar System. The planets are an intermingling of configurations  that make and break ties between their vibratory rates. A synastry of endless possibilities develops in the macrocosm and is reflected instantaneously in the microcosm of our local biosphere. The meaning of life is wrapped up in this partnership of macrocosm and microcosm. Each separate living being has unique experiences and the development of potentials is charted through ongoing Transits and Progressions as they relate to the Natal horoscopic Gestalt.

The Sun initiates and Pluto draws conclusions. If you are wondering why it is hard to tell the truth from a lie these days, it is because it is all true, but still hard to believe. When the President of the United States claims that what you are seeing is not true, in the case of crowd size at his inauguration, that in fact he drew the largest crowds ever, he is making it true in virtual reality. But then, how true is virtual reality? And where are the really true facts. How can we uncover them. This is the difficulty with so many situations when the planet Pluto is involve.

We can send a Hubble telescope into space to photograph the stars, but we are still only getting a closer picture. What the truth of the stars and planets really is is an ongoing process into ever closer and closer looks at the very large and very small. Not talking about crowd size at this point, just stating the truth, that the truth will never be known with proof that is absolutely unquestioned. That is the nature of the mysterious universe. Everything is an illusion, and can be seen in so many differing perspectives. Alternative facts are actually just another way of looking at something that someone else sees in a different way.

Pluto is the planet that brings this issue into the forefront of attention. Be puzzled, because the puzzle is the purpose of it all. Truths can be uncovered and then refuted, so that nothing is ever completely understood and finalized. It is an ongoing process of learning. And the end result is a personal paradigm. Seven Arrows stated it well. A feather in the midst of a group of individuals looking at it sees it as unique to themselves. No one sees it exactly like any other person in the group. And so it is with what happens in our daily lives. It is all a blur and mixture of truth and lie. All words are symbols and therefore cannot represent the activity behind the actual experience. Stop looking for truth and you will arrive at the crux of life between the two. Like right and left hands and all opposites in the universe, truth and lies cannot exist without the other.

But, and this is a big BUT; it is important to get to the bottom of the story if one wants to have a healthy outlook on the future of life on Earth. Getting to the bottom of the story is the process of Pluto. When the planet makes an aspect in your chart or the chart you are researching, this whole scenario described above comes to life. Pluto is the planet at this point in time that is the farthest from the Sun in our solar system. It takes 248 years to orbit the Sun and it is now in the midst of its own validity as to whether it is a planet or simply another meaningless asteroid.

Look for an Aspect in your chart from Pluto and if you can chart one, you will know by personal experience the answer to the question, does it have the powers that the other planets in orbit of our Sun have, or is it not having any effect on your life at all. I challenge anyone to this, by saying that if you have a Pluto aspect you will experience the biggest changes and challenges of your lifetime. That is how strong an influence is coming from the presence of this very small and very slow moving sphere in the outer regions of our solar system.

There are three keywords for Pluto. In Natal horoscopy it is OBSESSION. In High Focus it is TRANSCENDENCE. In Transits and Progressions it is PROBITY. Keywords are the mechanism that opens the door to deeper meanings. All three of these keywords promise profound meaning beyond the threshold that one word can reveal.