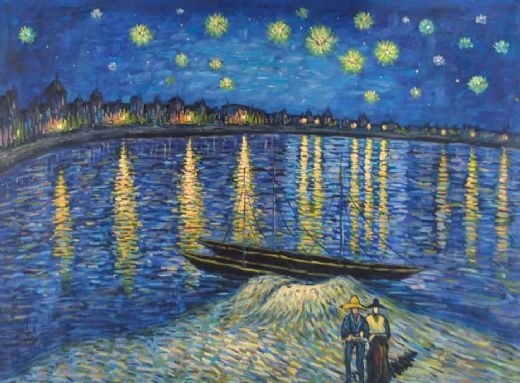 Vincent Van Gogh shot himself while Progressed Mars was in Conjunction with his Natal Mercury. But more importantly, His Progressed Moon was exactly Conjunct his Natal Pluto. These aspects can have positive meanings, but in Vincent’s case we know that he was plagued by serious emotional issues, and these two Progressed indicators, in close contact with Natal planets, point to extreme mental issues that need profound solutions.  Unfortunately therapies that could have helped him at the time where not developed yet. Instead, violent emotions begot violent actions. Mars rules guns, the weapon of choice.

Both Progressed Sun and Venus embrace Natal Saturn. Here is another indication of troubling times as Saturn can indicate over-sensitivity. There must have been a year-long deep depression with the Sun still in contact with Natal Saturn, even though on its way out of the aspect. Venus on the other hand is coming toward the Conjunction, and true to her nature, she brings things to conclusion, unfortunately in Vincent’s case an unhappy one.

We can see that there were a number of Transits (blue and green lines) active on the day he shot himself. Mars again is involved here, but in this case it is in Transit Opposition to Natal Pluto. Apparently there was a compulsion to end it all – an uncontrollable force. And Pluto usually is present in situations of utter despair. In normal circumstances, and with someone more well-balance, this type of aspect could have easily indicated the start of a profound and creative period. And indeed, some of his difficult 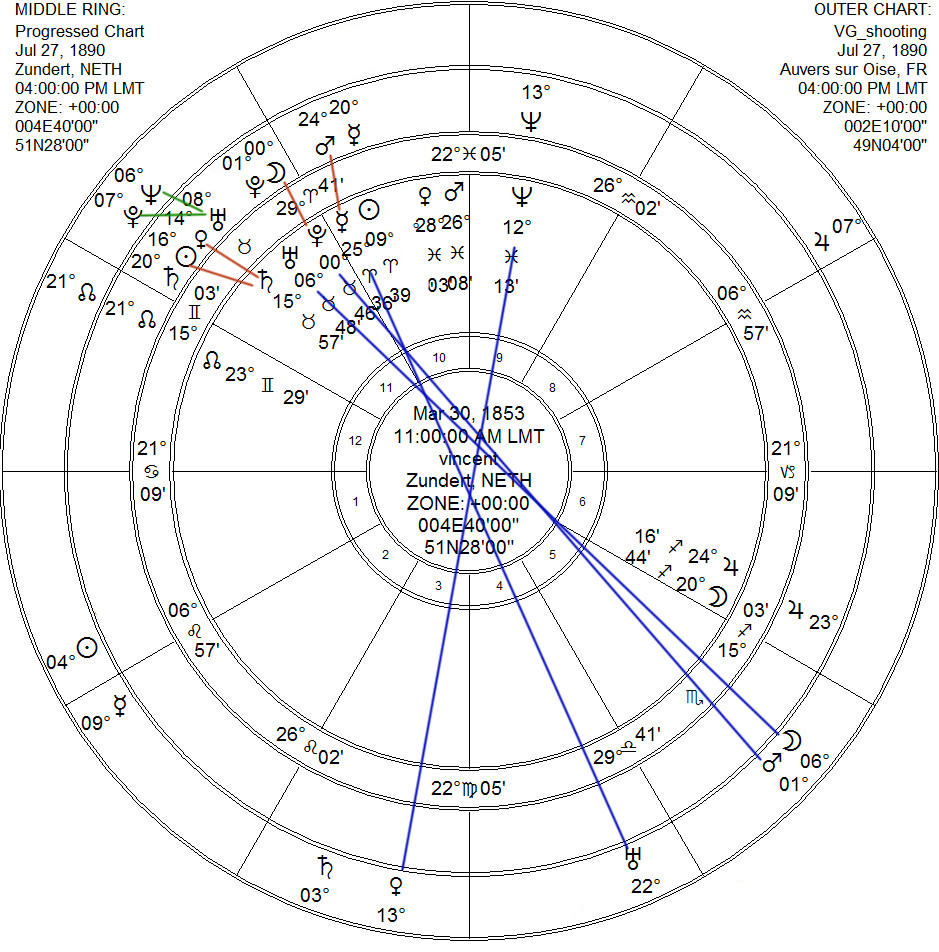 episodes resulted in the production of glorious canvases. Not so this time.

There are several more Transits showing very dynamic pressure; the Neptune and Pluto approaching Progressed Uranus and Transit Uranus opposing Natal Mercury. Something radical was in the air and in his mind. The Transit Moon exactly opposing Natal Uranus is the clinching aspect. This shows the precise timing of a reaction to mounting planetary pressures. As with Robin Williams, an astrologer looking at these kinds of precise aspects way in advance of their occurrence, could have brought understanding and guidance to the client if only there were an adequate receptivity to qualified instruction.

Some believe that Vincent suffered from physical ills as well and psychological ones, including exposure to lead paint. It is difficult to know for certain, because Pluto doesn’t give up its secrets easily, and the true causes of physical and mental illness can remain obscure indefinitely.